USANA: Multivitamin Supplementation and Its Effect on Improvements in Mood and Stress

Multivitamin Supplementation and Its Effect on Improvements in Mood and Stress 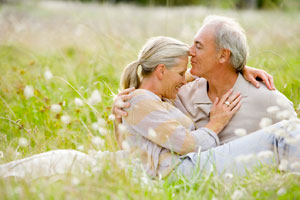 Previous research has shown a correlation between deficiencies in certain micronutrients, such as vitamin B12, folic acid, vitamin D, zinc, and selenium, and negative mood symptoms, anxiety, and depression. Because these micronutrients are found in most common multivitamin formulas it would make sense that a multivitamin might be able to help prevent some of these problems.
A study performed by the National Institute of Complementary Medicine investigated this relationship in older men. The study was a double-blind, placebo-controlled trial comprised of fifty men between the ages of 50-69. The trial took place over an 8 week period and each of the subjects in the test group was given a daily supplement that contained vitamins, minerals, and herbal extracts. Both the placebo and control group were given a series of stress and mood questionnaires before and after the 8 week supplementation period in order to assess the effectiveness of multivitamins on mood on stress.

In comparison with the placebo group, the control group showed a significant reduction on an anxiety and stress scale, an improvement in alertness, and an improvement in general daily function. While this study only looked at healthy older men, the researchers believe that the results are relevant to all older people. They also cite evidence found in previous research that led them to believe that these results could be applicable to a much wider population. Furthermore, this study only looked at the chronic effects of multivitamins over the period of several weeks; others have observed that acute mood improvements can also take place. The conclusion of the study was that a multivitamin, mineral, and herbal formula taken daily may improve alertness, aid in reducing negative mood symptoms, and may also help increase feelings of general well-being.
E Harris, J Kirk, R Roswell, et al. The effect of multivitamin supplementation on mood and stress in healthy older men. Human Psychopharmacology. 2011. DOI: 10.1002/hup