The Scary Truth About Liver Disease

The Scary Truth About Liver Disease 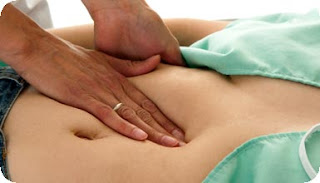 Considering how integral the liver is to nearly every biochemical process required to run the body, the effects of liver disease can be detrimental to your health and it shouldn’t be taken lightly.

There are many types of liver disease and often the symptoms can be difficult to recognize until the disease has progressed. In fact, up to 50 percent of individuals with underlying liver disease may not display any symptoms—and many symptoms that may be displayed can be very non-specific.  However, there are more prominent signs that your liver may not be functioning properly: Yellow or jaundiced skin, ascites (excessive fluid accumulated in the abdominal), dark colored urine, pale stool, and yellow discoloration of the eyes are all potential red flags for liver disease and need to be treated accordingly.

Liver Disease at a Glance—Why It Should be Taken Seriously1
As unsettling as these statistics may seem, the good news is that your liver won’t give up very easily, and many types of liver disease can be prevented. Your liver is a powerful organ, constantly working and always fighting to protect your body. Its powers of regeneration are unmatched and no matter how severe the injury, your liver strives to bounce back.

But that doesn’t mean your liver should fight this daily battle alone. A healthy lifestyle is a great way to assist your liver, and it’s your best bet when it comes to the prevention of liver disease. A low-fat nutritious diet, exercise, maintaining a healthy weight, and avoiding risky behaviors such as drug abuse or chronic alcohol abuse may help decrease your chances of liver disease in incredible ways.

As Liver Awareness Month comes to a close, remind yourself of everything your liver does for you on a daily basis, and keep fighting the good fight against liver disease.


Kick Things Off the Right Way, for Free 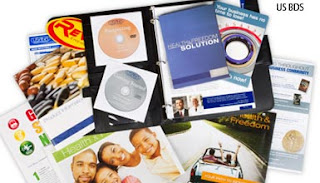 You’ve been waiting with bated breath to see if Free Starter Kits would return. Well, it’s time to breathe deeply again. That’s right, from October 23 to November 12, 2010, each new Associate who enrolls online with 3 Business Centers will receive a free BDS. Even the shipping is free!

And if just the sound of the word “free” doesn’t put a smile on your face, think about this: It’s the BDS—the cornerstone of any developing distributorship. Every successful Associate knows the importance of the proper training, especially in the beginning. So it’s not just a free gift, this promotion will get your new Associates off to a great start, too.

But something as great as Free Starter Kits can’t last forever. What’s the expression? Nothing free can be around for long—or something like that—so take advantage of this incredible opportunity before it ends on November 12. Just remember, sponsors who wish to participate in this promotion must opt-in/register. Sign up today!

Check out complete rules for the Free Starter Kit promotion.
NOTE: This is only available in the US and Canada
Posted by petezdanis No comments: