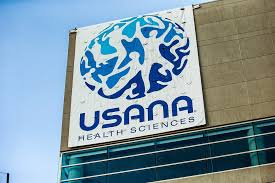 Net sales for the second quarter of 2016 increased to $258.5 million, up 10.8%, compared with $233.2 million in the prior-year period. The increase in net sales was driven by 15.9% growth in the number of active Associates and 6.6% growth in the number of Preferred Customers. Total customer growth during the quarter reflects sustained momentum in our worldwide business. The continued strength of the U.S. dollar, compared to the year-ago period, negatively impacted net sales by $12.4 million during the quarter. On a constant currency basis, net sales increased by 16.2%.

Net earnings for the second quarter of 2016 increased to $25.8 million, compared with $25.4 million during the prior-year period. Higher net sales and a lower effective tax rate were largely offset by lower gross margins and higher operating expenses during the quarter. The 270 basis point decrease in the effective tax rate is due in part to the Company’s early adoption of ASU 2016-09 (Topic 718) - Improvements to Employee Share-Based Payment Accounting. As a result of adopting this standard, on a year-over-year basis, the Company recognized (i) modestly higher equity compensation expense, (ii) a higher diluted share count, and (iii) a lower effective tax rate for the current-year quarter. While the adoption of this pronouncement increased net earnings by approximately $541,000, the resulting higher diluted share count partially offset this increase and earnings per share benefited by $0.02.

Earnings per diluted share for the second quarter increased by 7.8% to a record $2.07, compared with $1.92 in the prior year period. This increase in earnings per share was primarily the result of a lower number of diluted shares outstanding due to the Company’s share repurchases over the last 12 months. Weighted average diluted shares outstanding were 12.5 million as of the end of the second quarter of 2016, compared with 13.2 million in the prior-year period.

The Company continues to have a healthy balance sheet with $112.4 million in cash and cash equivalents and no debt at the end of the second quarter. As of July 2, 2016, there was $35.4 million remaining under the current share repurchase authorization.

“USANA generated solid results during the second quarter, which were in line with our expectations,” said Dave Wentz, USANA’s co-CEO. “Our results reflect the momentum in our business and the demand for our high-quality products from our customers. We are excited about the product announcements we will make next month at our International Convention and believe these announcements will continue this momentum.”

Read the complete report at: http://phx.corporate-ir.net/phoenix.zhtml?c=95179&p=irol-newsArticle_print&ID=2188523