A USANA Millionaire? NO WAY!!! 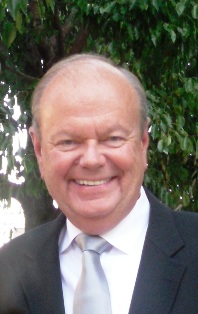 - by Pete Zdanis
Perhaps some people you may have talked with about USANA are not familiar with, or don't understand, the concept of residual income. We've all heard of examples of people who have become wealthy by writing a best-selling book, or recorded a hit record which paid royalties to them for years. However, most people have difficulty imagining themselves ever doing anything like that.
Let me suggest another way for you to demonstrate to people how, with USANA, they can realistically create a financial asset worth hundreds of thousands of dollars (and even more), with an initial investment of less than one thousand dollars.
Let's start with an example of a financial asset that we are all familiar with - a simple savings account. Let's say that this account has $10,000US in it and pays interest at a rate of 5%. That would produce income of about $500US per year, which would just about cover lunch for two people at McDonald's once a week. Not very exciting, is it?
Well, let's make it a bit more interesting, and say that you've managed to accumulate $100,000US in your savings account. Now, you're earning $5,000US per year. Pretty good! Now you'll have another $87US per week which would almost pay for groceries when you're not enjoying your weekly treat at the Golden Arches.
Don't you think you'd like to do a little better? OK, then let's take a look at your savings account with $1,000,000US in it. Now we're talking! The $50,000US of interest income would help provide for a pretty nice lifestyle. But, it should. After all, you're now a millionaire!
Let's go crazy and see what happens if you manage to put $2,000,000US in your savings account. Now your money is earning $100,000US per year for you, which places you in the top 2% of income earners in the United States. Congratulations! You probably won't have to work at a "J.O.B." another day in your life if you don't want to.
Perhaps you should consider placing another $1,000,000US in your savings account. That $3,000,000US is now providing you with $150,000US interest income per year. Not only would you not have to work anymore, but, as a "multi-millionaire", you could probably now indulge yourself a bit by traveling to some of those places you've always wanted to visit, pursuing a new hobby, donating more to your favorite charities, and, most of all, having the peace of mind that comes with financial independence and security.
Now, let's come back down to earth. If you have $100,000US in the bank, you're way ahead of most people (and can afford to pay the grocery bill with your interest!) So, it looks like we need to set up a plan for you to build your savings account up to $1,000,000US in, say, the next 10 years or so. Using our 5% interest rate, you'd have to save about $80,000US a year to reach your goal. You may have to eat a lot of macaroni and cheese to be able to put aside almost $7,000US every month. But, if you managed to find an account which paid 10% interest, you'd only have to save about $5,400US per month.
Just for kicks, let's see what you'd need to do to save $3,000,000US over 10 years. Even if you could somehow get a 20% return on your savings, you'd still have to save about $110,000US per year to reach your goal. Hmmmmmmmmm...there's not much time left for sleeping if you're working three eight hour shifts a day to earn that kind of money!
Now, don't give up hope yet. There is another way you can reach your goal of creating that $3,000,000US financial asset. In fact, what if you could find a way to reach that goal in only 3 to 5 years, with a part-time effort, and an initial investment of less than one mortgage payment? Do you think that you MIGHT be interested? I thought so.
With USANA's cellular compensation plan, each Business Center that "maxes out" weekly produces $1,000US income for you, or $52,000US per year. By leveraging your efforts even more and building your USANA business with the three Business Center option, you can eventually maximize all three Business Centers, producing income of $3,000US per week, or $156,000US per year - equivalent of having $3,000,000US in the bank! In other words, every USANA Business Center you maximize weekly is a financial asset worth $1,000,000US.
Now, can you expect to reach this income level in 1 or 2 years? Well, it's certainly possible. Just look at the number of people who are advancing in USANA to the levels of Gold, Ruby, Emerald, Diamond, and Star Diamond every month. But, even if it takes you 3 years, 5 years, 7 years, or more, isn't this a lot more realistic than having to put over $100,000 in the bank every year for 10 years? Seems like it to me.**
USANA has the products, the tools and the marketing plan which allows "ordinary people" to achieve extraordinary levels of financial success. You owe it to yourself and everyone you care about to show people the potential of becoming involved in USANA. And it's really very simple - just give them a copy of the current USANA Health and Freedom paper - everything they need to know is there.
Best of success to you! You've taken the first step toward your goal of financial freedom with USANA.

© 2010 - Zdanis USANA Power Team ®  - All Rights Reserved
This article may only be copied, shared, distributed or otherwise reproduced in its entirety, including this disclaimer and copyright authorization.
**Income Disclaimer - US
$93,000 is the average yearly income for an established, full-time USANA Associate. $24,500 is the annual average of those who earned as little as one commission check each month. Total includes all earnings from the Compensation Plan, Leadership Bonus, Matching Bonus, contests, and incentives. Calculations based on earnings for fiscal year 2009.  Figures should not be considered as guarantees or projections of actual earnings, which result only from consistent, successful sales efforts. To be considered in a rank’s earnings, Associates must have earned checks at a median rank for at least 20 weeks. According to results from an in-house survey taken between 2004 and 2006, the primary reason 17% of USANA independent business owners join the company is to improve their financial future. 21% of that group earns a check at least once a month. Of those whose primary reason is to earn enough to replace a full-time income, 90% have been Associates for at least one year and 57% are full-time Gold Directors and above. The number of Gold Directors and above who have maxed at least 1 Business Center during the year equals less than 1% of all Associates. Those earning as little as one check a month equal approximately 3% of all Associates. If you include all 165,710 with the title of Associate, which includes Associates not actively building a business (acting as wholesale buyers), Associates who just joined, (as little as one day), and those who are just beginning to build their customer base, the average yearly income is still $616.71 with nearly one in three earning a check. To date, USANA has more than 150 Associates who are lifetime Million Dollar Club members.