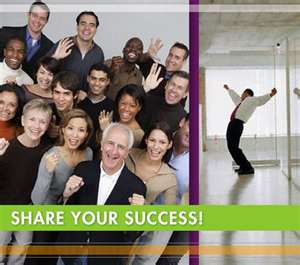 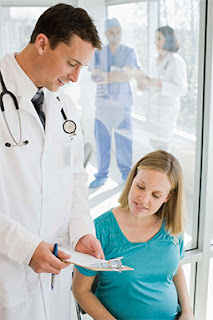 Iron deficiency anemia during early pregnancy has long been linked to low birth-weight, preterm birth, and other health problems. But previous research and advice has been based on hemoglobin (Hb) levels (screening for outright deficiencies or anemia), not on other specific measures of iron deficiency.

In a new study published in the British Journal of Nutrition, researchers examined the association between maternal iron status during the first trimester of pregnancy with birth size and preterm birth by using more specific measures of iron deficiency such as serum ferritin, transferrin receptor and their ratio.

Three-hundred sixty-two infants and their mothers were recruited for this study.  Biomarkers and iron measurements were analyzed from maternal blood serum samples that had been taken during the first trimester of pregnancy.

Iron depletion during the first trimester was linked to a higher incidence of SGA.  The association was even stronger when Hb measurements were included in the assessment.

Although there was no evidence of a link between iron insufficiency and preterm birth, for every 10 g/l increase in the mother’s Hb level during the first half of pregnancy there was a 30% lower risk of SGA.  Hb levels below 110 g/l were associated with a 300% increase in SGA risk.  Contrary to other research, Hb levels in the second half of pregnancy were not associated with SGA risk.

The results of the present study indicate that depleted iron stores in early pregnancy are associated with higher risk of SGA. In some countries iron supplementation is not recommended during pregnancy except in the case of anemia. Based on the results of this study, researchers suggest that all women should be screened for iron deficiency early in pregnancy using more specific measurements, and should be offered more personal and helpful advice on improving iron status through diet and supplements. 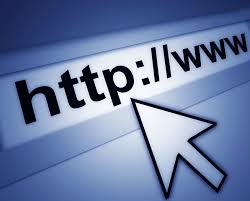 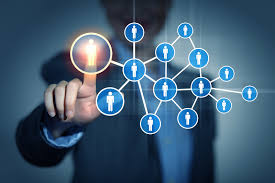 We are 2 weeks out from Convention! Join us as we reach the goal of 5,000 attendees from the United States USANA Family.

1.      Convention – You will be receiving a separate detailed email regarding Convention next week.  Please keep a look out for this as it will give you all the details you will need as a leader!

We are excited to see each of you and your teams at convention!!  There is still time for your team to make it to the biggest and best event of the year!  Remember, there are some new and exciting announcements being made at convention and you must be in attendance to take advantage of some of these specials!!  There is still a registration special happening for Silver Directors.  If you need assistance in getting some of your teammates registered please let us know.  We would be happy to help!

Special Convention Promotion for Silver Directors Only!
Silver Directors have the opportunity to buy 5 tickets, get one free – this promotion goes until August 10th.  Use this incentive with your teams to drive them to Convention!  For example – if someone hits a rank in your team, or enrolls a certain amount of people, etc – they earn a free Convention pass! Be creative and drive your teams to the most important event of the year – 2015 International Convention!

Be sure to register for our Post-Convention webinar to recap all of the exciting events that you will experience at Convention!  We will have management on the call to cover the special announcements that will be happening at Convention, how to use skills learned on the workshops to implement into your business, proceeding with your business into the Fall and gearing up for December, and 2016.  This will be a great refresher of what you will experience at Convention in a condensed, powerful couple of hours!

1.      Fast Start Pack – This is available in the US, created in partnership with the US IDC, for US Distributors who bring in new US teammates.  The pack flyers are now available in Communications Edge!

Contents of the pack include a $125 reward to the sponsor, as well as:
13 cycles of Business Accelerator Suite
Over 5 hours worth of personal development from industry leaders such as Jim Rohn
1 Convention Registration – (Pack includes 2 Event Passes, up to $164.50 value each)
2 Healthpaks
2 Proflavanol C100
2 BiOmega
2 Vitamin D
2 CoQuinone
2 USANA Probiotic

This is a great opportunity to get your teams businesses moving with a Fast Start!

2.      Leadership Summit – Your leader must average 7,800 Commission Volume Points (CVP) total for a 13 week period.  This is an average of 600 CVP weekly (no more than 800 CVP will be counted for each week).  We learn & grow, network, and have so much fun at these Summits – take a look at the photos of our Leadership Summit in May!  Your team will experience the exclusive behind the scenes Home Office tour where they can see up close and personal how our products are made from beginning to getting shipped out to their front door!  They will get one on one time with USANA management and spend an entire day focused on coaching and leadership skills from Grace or Nicki Keohohou (co-founders of DSWA [Direct Sales World Alliance]).  Here are the upcoming dates qualification periods:

Those who have advanced to Diamond and above have until October 23, 2015 to qualify by earning Executive at your new rank.  This will be an amazing trip—worthy of the massive accomplishment of building a solid business as you climb to the highest heights.

5.      Trusted Partner and Sponsor of the Dr. Oz Show – USANA products have been featured on seven episodes since January. Those episodes are now available for you to share with your team, family, friends, and prospects in multiple languages.

Here is a link to a playlist of all of our USANA Dr. Oz videos in all languages – including the most recent Nutrimeal Free show!  Go to the Dr. Oz website to find these, as well as many other great videos on similar topics.

We are looking forward to an exciting second season in partnering with the Dr. Oz show.  More details will be coming on next season at Convention!

*All details for events or promotions are located on the Contest and Events tab on the HUB and they are listed in the HUB Event Calendar.

We have a great line up of ongoing Conference Calls and Webinars for July:

We will be hosting our US National Celebration again next year in Las Vegas!  This is an event you won’t want to miss.  The High Performance Summit (exclusively for Gold Directors and above) will be on Thursday and the US National Celebration will be a 2-day event, Friday and Saturday, with the Gala being held Friday night.  The US Awards Gala will recognize our top US leaders in the following categories:

2.      Going for Gold – This fall, in October and November we will be coming to a city near you for a regional Going for Gold training.  These trainings are focused on Achievers through Silver Directors and we invite all of our Gold Directors and Above to attend as well.  We will be covering topics such as Identifying and Duplicating leaders, Growing your numbers, Time Management, and facilitating our 90 Day to Achiever Program.  Keep an eye out on dates and locations to attend an event near you!

*All details and registration for events are located on the Contest and Events tab on the HUB and they are listed in the HUB Event Calendar.