Using The Healthy Home Book to Grow Your USANA Business

Prospecting
The Healthy Home was written to alert readers to potential dangers that lurk within the walls of their homes. First and foremost, it’s about awareness. But The Healthy Home also presents an incredible prospecting opportunity for you, the Associate.

As incredible as it is, this book is not your typical prospecting tool. It will not teach your prospects about USANA—instead, it will raise their awareness on a broad spectrum of health issues, and they’ll have questions that will need to be answered by you. So while you can simply hand out copies of The Healthy Home as you would any other prospecting tool, you may want to change the way you prospect with it in order to use it to its full potential.

Find New Audiences
The Healthy Home presents a great opportunity for you to prospect to demographics you might not normally target. It was written for homeowners and people who are interested in keeping their homes safe—particularly mothers of young children, health-conscious individuals, and those looking for “green” or safer ways to clean, eat, and live.

If you don’t normally prospect to people who fit these descriptions, then it may be a good time to try something new. Stepping out of your comfort zone is difficult—especially when it comes to approaching a cold market full of people you wouldn’t normally target. But finding new audiences can be a rewarding experience: it can dramatically open your prospecting options and introduce you to entire groups of people you wouldn’t normally meet. And with The Healthy Home, you have a perfect sales tool that was written especially for them.

The Dr. Wentz Story—A Fresh Take
The Dr. Wentz story is at the heart of USANA. His life mission is the reason USANA exists and why unparalleled quality goes into every product USANA makes. The Healthy Home is a fresh, new way to tell the Dr. Wentz story—you can tell your friends about a man who has dedicated his life to freeing the world from disease and suffering, and is raising awareness about hidden health dangers through a compelling new book with his son, Dave. Don’t miss this opportunity to introduce Dr. Wentz and his powerful story to everyone you meet.

Personal Education Tool
You may not be a microbiologist like Dr. Wentz, but that doesn’t mean you don’t know what’s going on in the world around you. The Healthy Home is the perfect way to educate yourself about things that take place in your home on a cellular level—which is the heart of USANA nutrition. While it’s good to give copies of the book to interested prospects, it would help if you could answer their questions afterwards. That doesn’t mean you need to know everything about volatile organic compounds (VOCs) or the oxidation half-life of fresh-cut fruit, but it would help if you read The Healthy Home and educated yourself about the things that matter most to your prospects.

Target, Target, Target
Many of USANA’s sales tools are fairly inexpensive, so it’s easy to distribute newspapers and flyers with abandon. But The Healthy Home is a relatively expensive sales tool. The key to prospecting with The Healthy Home is to be selective, and really target your audiences. Give copies to people you know would truly be interested, and then be sure to follow up with them after they’ve read it. Remember: target, target, target!

Social Media
It seems like The Healthy Home and social media were made for each other. Online tools such as Facebook, Twitter, and personal blogs are a great way to advertise the book to all your friends, pique their interest, or even host contests and giveaways. Although there are seemingly countless ways to use social media to promote The Healthy Home, here are a few suggestions to help you get started:
While there are many other ways to promote The Healthy Home through social media, it’s important to remember to follow the guidelines set forth by USANA’s Policies & Procedures. So get creative, but stay compliant!

Contests, Clubs, and Meetings
Looking for something bigger? Want a fun, interactive way to introduce others to The Healthy Home? Try these suggestions on for size:
Other Suggestions
Of course, there are plenty of other ways to promote The Healthy Home. And while the list is potentially endless, here are a few simple suggestions to help you make the most of this powerful new book:
Posted by petezdanis No comments: 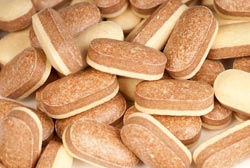 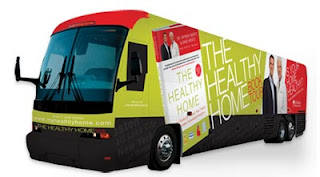 Invite your friends and family (and their friends too) to see Dr. Wentz and Dave Wentz live on The Healthy Home Book Tour. The tour will be an event to remember, with audience participation and engaging presentations to demonstrate the science behind the solutions in the book. More importantly, you will walk away armed with information to start protecting your family from the toxic burdens society has created, packaged, and sold to you as “necessities” for everyday life.

To top it off, ADMISSION IS FREE to this life-changing event.

Take this chance to discover what you can do to improve your family’s most important resource—your health. You don’t want to miss it.

Ten Ways To Be A Leader

Ten Ways To Be A Leader 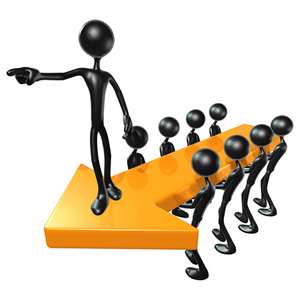 Everyone tells us to be a leader, but they never tell us how.

USANA Health Sciences, Inc. (NYSE: USNA) commends the USDA for recognizing that nutritional gaps are common in the average American diet and that dietary supplementation can play a vital role in filling those gaps. However, USANA scientists and advising physicians caution that many important nutrients were not included in the recently published Dietary Guidelines for Americans, 2010 and that the USDA dosage recommendations are not sufficient to improve and maintain overall health.


In its 112-page guide, the USDA states that "in certain cases, fortified foods and dietary supplements may be useful in providing one or more nutrients that otherwise might be consumed in less than recommended amounts." However, they limit those nutrients to vitamin D, folic acid, vitamin B12, and iron.

"We're pleased that the USDA is recognizing that most Americans are not getting all the micronutrients they need from their diet and that, for many, proper supplementation is an effective solution," says Dr. John Cuomo, USANA's Executive Director of Research and Development. "However, they fail to recognize that in fact many other essential nutrients, such as calcium, magnesium, copper, zinc, vitamin B6, vitamin E and many others are consumed in less than the recommended amounts by major segments of the U.S. population, even though the nutrient data was generated by another department of the U.S. government."

Additionally, these deficiencies are only based on existing recommended daily allowances (RDAs), which help to prevent chronic deficiency diseases. Intake of vitamins and minerals at RDA levels are the absolute minimum needed by everyone, but fall far short of the optimal levels shown to help maintain long-term overall health.

Utilizing all available peer-reviewed research, USANA has formulated its products to address prevalent health issues in the United States. This includes USANA's line of fortified meal replacement USANA bars and Nutrimeal shakes, as well as its high-quality nutritional supplements which are taken by Olympic and professional athletes.

About USANA: USANA Health Sciences develops and manufactures high-quality nutritionals, personal care, energy and weight management products that are sold directly to Preferred Customers and Associates throughout the United States, Canada, Australia, New Zealand, Hong Kong, Japan, Taiwan, South Korea, Singapore, Malaysia, the Philippines, Mexico, the Netherlands and the United Kingdom. Learn more at our website (www.usana.com), read our blog (www.whatsupusana.com), like us on Facebook (www.facebook.com/usanahealthsciences), or follow us on Twitter (@usanainc)
SOURCE USANA
Posted by petezdanis No comments:

Why USANA, Why Now?

Why USANA, Why Now?

At USANA Health Sciences our mission is to develop and provide the highest quality, science-based health products, distributed internationally through network marketing, creating a rewarding financial opportunity for our Independent Associates, shareholders and employees.
In the last 10 years the number of home-based businesses has increased 20 times to over 30 million operations. USANA is attracting people from all walks of life and in international markets across the globe who have been able to build USANA businesses that generate great earning potential. Whether you want to earn a part- or full-time income, USANA is a vehicle that can help make that desire a reality.
Why USANA, Why Now?
Timing - Seventy-six million baby boomers are aging, and they are looking for products that make them look and feel better. USANA is poised to help you meet this demand by offering quality products in a growing nutrition market.
Experience - Don’t have any experience at running your own business? Don’t worry, USANA Does! The company began operations in September of 1992. USANA has passed the pioneering stage where many new companies fail, and is currently entering the momentum stage where fortunes are created.
Credibility - World-class athletes, best-selling authors, motivational speakers, and experienced business professionals have already joined forces with USANA. USANA’s Scientific Advisory Council, on-staff Ph.D.s, Physicians, and Distributor force include many highly-respected business and health care leaders who are recognized as the best in their industries. They offer credibility to greatly enhance your business-building efforts, and give you the assurance that USANA truly is the chance of a lifetime.

Top 10 Benefits of Owning a Business

USANA is not engaged in rendering tax, legal, accounting, or professional services. If tax or legal advice is required, please seek the services of a tax or legal advisor.
*Income Disclaimer – US Dollars
$93,000 is the average yearly income for an established, full-time USANA Associate. $24,500 is the annual average of those who earned as little as one commission check each month. Total includes all earnings from the Compensation Plan, Leadership Bonus, Matching Bonus, contests, and incentives. Calculations based on earnings for fiscal year 2009.  Figures should not be considered as guarantees or projections of actual earnings, which result only from consistent, successful sales efforts. To be considered in a rank’s earnings, Associates must have earned checks at a median rank for at least 20 weeks. According to results from an in-house survey taken between 2004 and 2006, the primary reason 17% of USANA independent business owners join the company is to improve their financial future. 21% of that group earns a check at least once a month. Of those whose primary reason is to earn enough to replace a full-time income, 90% have been Associates for at least one year and 57% are full-time Gold Directors and above. The number of Gold Directors and above who have maxed at least 1 Business Center during the year equals less than 1% of all Associates. Those earning as little as one check a month equal approximately 3% of all Associates. If you include all 165,710 with the title of Associate, which includes Associates not actively building a business (acting as wholesale buyers), Associates who just joined, (as little as one day), and those who are just beginning to build their customer base, the average yearly income is still $616.71 with nearly one in three earning a check. To date, USANA has more than 140 Associates who are lifetime Million Dollar Club members.
Posted by petezdanis No comments: