A new study has shown that a low intake of vitamin E may significantly increase the risk of bone fractures in older adults. 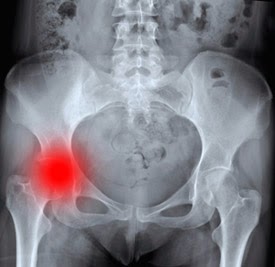 Decreased quality of life and mortality due to osteoporotic bone fractures is a large and growing problem worldwide in both men and women. Fracture risk increases with age, but is also influenced by genetic, environmental and lifestyle factors. Research over the past several years has indicated that an increase in oxidative stress associated with aging may also play a role in age-related bone loss.

In a recent study published in the American Journal of Clinical of Nutrition, researchers sought to determine whether dietary intake of a-tocopherol (the form of vitamin E with the highest antioxidant activity) influenced fracture rates among aging women and men.

The participants in this study were taken from two large cohort studies, the Swedish Mammography Cohort (SMC) and the Uppsala Longitudinal Study of Adult Men (ULSAM). The SMC trial included 61,433 women with a follow-up period of 19 years.  During the follow-up period, there were 3,871 hip fractures reported in the women, and 14,738 women that experienced a first fracture at any site. Vitamin E intake was determined through food records and food frequency questionnaires. Serum a-tocopherol (vitamin E) was measured in a subgroup of 654 men participating in the ULSAM trial.

The results of this observational study indicate that vitamin E insufficiency is associated with higher bone fracture risk in elderly men and women.