A new research article published online suggests that having a higher plasma level of vitamin D is associated with a better chance of surviving colorectal cancer. 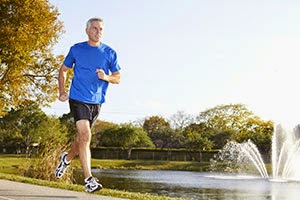 Low vitamin D levels are known to be associated with poor health outcomes or increased risk in many diseases including cardiovascular disease, diabetes, and some cancers.

In a new study published in the Journal of Oncology, researchers investigated whether the plasma level of vitamin D after a diagnosis of colorectal cancer (CRC) has a significant impact on survival outcome.  The Scottish research team analyzed data from 1,598 adults who had undergone surgery for stage I-III colorectal cancer.  Blood samples were taken after surgery and evaluated for vitamin D and for a specific Vitamin D gene receptor.

This study shows that in patients with stage I-III colorectal cancer, higher post-surgery vitamin D levels are associated with a better outcome and a lower risk of mortality.  Since this was an observational study, carefully designed clinical trials are still needed to confirm whether vitamin D supplementation would provide survival benefits for patients with colorectal cancer.