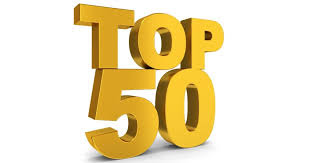 “The key is not to prioritize what’s on your schedule, but to schedule your priorities.” - Stephen Covey

“Lead and inspire people. Don’t try to manage and manipulate them. Things can be managed but people must be led.” – Ross Perot

“You have to put in many efforts that nobody sees or appreciates before you achieve anything worthwhile.” – Brina Tracy

“I cannot trust a man to control others who cannot control himself.” - Robert E. Lee

“Empty pockets never held anyone back. Only empty heads and hearts can do that.” - Norman Vincent Peale

“Management is a position that is granted; leadership is a status that is earned.” - K. Scott Derrick

“Discipline is doing what you do not want to do, so you can do what you want to do.” - John C. Maxwell

“People often say that motivation doesn’t last. Neither does bathing – that’s why we recommend it daily.” - Zig Ziglar

“A man must be big enough to admit his mistakes, smart enough to profit from them, and strong enough to correct them.” - John C. Maxwell

“There are no secrets to success. It is the result of preparation, hard work and learning from failure.” – Colin L. Powell

“To succeed in life we must stay within our strength zone but move out of our comfort zone.” – John Maxwell

“Optimism is the faith that leads to achievement. Nothing can be done without hope & confidence.” - Helen Keller

"If your actions inspire others to dream more, learn more, do more and become more, you are a leader.” - John Quincy Adams

“Great leaders are great simplifiers who cut through argument, debate, and doubt to offer a solution everybody can understand.”

“A leader one who isn’t worried about their own career but rather the careers of those who work for them.” - H.S.M. Burns

“Tell me and I forget. Teach me and I remember. Involve me and I learn.” – Benjamin Franklin

“A pessimist is somebody who complains about the noise when opportunity knocks.” - Oscar Wilde

“Do the hard jobs first. The easy jobs will take care of themselves.” - Dale Carnegie

“Great leaders are almost always great simplifiers who cut through argument, debate, and doubt to offer a solution everybody can understand.” - Unknown

“People often say that motivation doesn’t last. Well, neither does bathing – that’s why we recommend it daily.” - Zig Ziglar

"Some people want it to happen, some wish it would happen, others make it happen.” – Michael Jordan

“Nearly all men can stand adversity, but if you want to test a man’s character, give him power.” - Abraham Lincoln

“When your values are clear to you, making decisions becomes easier.” - Roy E. (Walt) Disney

“There are no secrets to success. It is the result of preparation, hard work and learning from failure.” – Colin L. Powell

“Ninety-nine percent of failures come from people who have the habit of making excuses.” - George W. Carver

“Negativity breeds negativity. The wise focus on the positive in every person and every situation.” - Philip Arnold

“In the business world, everyone is paid in two coins: cash and experience. Take the experience first; the cash will come later.” - Harold Geneen

“Instead of worrying about what people say of you, spend time trying to accomplish something they will admire.” - Dale Carnegie

“Vision without action is only a dream. Action without vision just passes time. Vision with action can change the world.” - Joel Barker

“Never wrestle with pigs. You both get dirty and the pig likes it.” - George Bernard Shaw

“The best time to plant a tree was 20 years ago. The second best time is now.” - Chinese Proverb

“To accomplish great things, we must not only act, but also dream; not only plan, but also believe.” - Anatole France

“You may never know what results come of your actions, but if you do nothing, there will be no results.” - Mahatma Gandhi

“You may be disappointed if you fail, but you are doomed if you don’t try.” – Beverly Sills

“Opportunity is missed by most people because it is dressed in overalls and looks like work.” - Thomas Edison

“Obstacles are those frightful things you see when you take your eyes off your goals.” - Unknown

“If you can’t explain it simply, you don’t understand it well enough.” – Albert Einstein

“After changing your relationship status more than three times, Facebook should default to “unstable”. - Unknown

“If you think it’s expensive employing a professional, just wait until you employ an amateur.” - Red Adair

"Sometimes when we are generous in small, barely detectable ways it can change someone else's life forever." - Margaret Cho

"Be kinder than necessary, for everyone you meet is fighting some kind of battle." - Cynthia Towers

“It was the best decision of my life. But it only happened because I made a decision.” - Unknown

"Most people work just hard enough not to get fired, and get paid just enough money not to quit." - George Carlin

“The secret to Happiness and Success in Life: Leave everything, every place and everyone better than when you found them.” - Unknown

“In the end, everything will be OK. If everything isn’t OK, it’s not the end.” - Unknown

“I really don't have any more advice for you today. Would a sarcastic comment do?” - Pete Zdanis