Seven Lies That Will Keep You From Starting Your Business 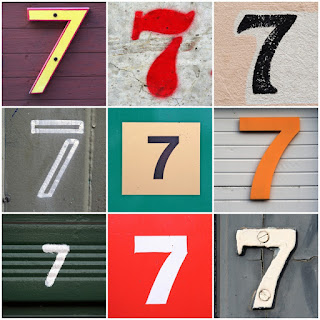 There are a lot of people who talk about “one day” owning their own business. Yet, very few people actually end up even trying it. Why?

Usually it’s because they’ve chosen to believe one or more lies about starting a business. There are 7 common lies that people are telling themselves right now that will keep them from changing their dream of entrepreneurship into a set of goals they can accomplish.
Lie #1 – It’s Too Risky In Today’s Economy

Without a doubt, our current economic situation sucks. However, that doesn’t mean you shouldn’t start a business. In fact, starting a business during an economic downturn may be one of the best things you can do.

* Your job is likely not as safe as you think it is. After all, layoffs increase during times of economic uncertainty. Right? Why not put yourself in the driver’s seat rather than depend on someone else for a paycheck?
* It will force you to prioritize your spending. If you can operate a profitable business in an economic downturn, you can do it during times of economic boom.
* Competition decreases during crappy economic times. It’s sad but true. A lot of companies go out of business in a downturn. Regardless of the reason, this creates opportunity for someone who is talented and willing to work hard to take on clients from failing companies.
* It’s cheaper to start a business during a downturn. With so many businesses going under right now, it’s a great time to pick up needed items at an auction or on Craigslist. You can also negotiate better deals with potential vendors right now.

Here’s a fun fact: roughly half of the Dow Jones 30 were started during a recession. Now may be a great time to start that business you’ve been talking about.
Lie #2 – I Don’t Have Enough Time

How was last night’s episode of Gossip Girl? How insane was that Yankees game? OMG…did you see the preview for the next episode of Glee?

You have the time. You just have to claim it from the other distractions in your life. If TV isn’t the problem, you may be working too many hours for someone else doing something you hate. This was my problem for too many years. I made a lot of money doing work I didn’t enjoy so that I could buy stuff I didn’t need.
Lie #3 – I Can’t Afford To Quit My Job

Oftentimes, it’s not an income problem that people have – it’s a spending problem. Their cost of living has risen to – or more likely above- their income.

So how can you prepare for being able to quit your job? Here are some things you can do to get ready:

* Save up 6 months of living expenses in a money market account.
* Create a budget for both the business and your household. Figure out how much money your business will need to make in order for you to survive.
* Get out of debt and stay out of debt. It’s a lot easier to start a business if you don’t have to worry about creditors knocking down your door.
* Practice living on less before you have to start living on less. It’s a habit you have to learn. There is not magic “live within my means” pill.

Lie #4 – It Takes Too Much Money To Start a Business

First, start small and then scale up. You don’t need to go lease a storefront just because you want to own “the best hotdog joint in town.” Instead, start by renting a cart and setting up shop on a busy street in the financial district downtown. Try out different recipes while minimizing exposure. Figure out if people even like your hotdogs.

Then, if things are going well, begin planning for expansion into a bigger market. Figure out how much money it will take to purchase your own cart. Start saving to buy one without financing it. Once you own your own cart, begin socking money away to buy another cart (in cash) and hire an employee to run it. Keep up this process until you own enough carts that you’re making enough money to open your storefront without going into debt.

Too many people use borrowed money such as credit cards, home equity, and personal loans to finance the opening and/or growth of their business. This is stupid. Figure out how to start smaller with less exposure and risk. It will keep you making smarter decisions because you won’t be able to buy things you can’t afford.
Lie #5 – I Don’t Know Anything About Running a Business

Neither do a lot of people when they start a business and it shouldn’t stop you from starting one.

Don’t get me wrong – you need to learn about running a business. But there are a lot of free or low-cost resources available to you:

* Ask friends and family who have started a business to act as advisors and mentors.

* Visit your local library and become and avid reader of business books.

If you’re starting small and part-time as I suggest, you’ll have time to learn about running a business as you do it. It will take a lot of the pressure off of having to know it all up-front.

No. You most likely won’t. Excuses like these are generally made out of fear. Starting a business can be a frightening thought. So rather than admit the fear and confront it, people mask it behind “sensible” statements such as these. They tell themselves that it would be unwise to do it right now.

* We don’t want to admit we’re scared, so we tell ourselves and others that we’re going to do it…just…down the road. It keeps the dream alive – even if only on life support.

* It makes us sound reasonable in our fear. After all, who doesn’t want to sound reasonable? Nobody wants to be seen as rash or foolish. This type of excuse enables us to lie to ourselves and others while maintaining a bit of self-respect.

I think that most people have an idea of what kind of business they would start, they just don’t want to admit it in any other capacity than as a fantasy.

What do I mean by that?

Have you ever played the game with friends where you answer the question “What would you do if money weren’t an object?” Of course. We’ve all done it. And it’s fun because it’s “safe.” It’s all fantasy because, of course, money is an object. So we talk about our fantasy of starting our own sports memorabilia store, wedding photography business, bakery, PR agency, non-profit, etc.

The problem is that when we relegate our passions to the world of fantasy, we no longer see them as potentially viable businesses. We assume that something we’re passionate about can’t possibly make money. It just seems too good to be true that we could actually do something we love and provide for our families.

If you know how to answer that question in a cocktail party setting, then you know what kind of business to start. Now, granted, the business may take on a different form than in your money-is-no-object fantasy. But that doesn’t mean you shouldn’t take the above steps to make it happen.
Posted by petezdanis