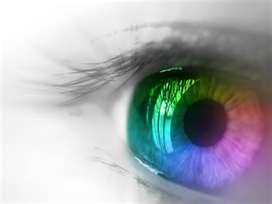 
The purpose of this series is to provide an overview of two common eye diseases, and to give an insight as to how nutrition can help reduce the risk or minimize these problems. Part 1 will summarize the results of a couple age-related eye disease studies (AREDS and LAST).
Read more about this research below.


Cataracts and age related macular degeneration (AMD) are the eye problems that were researched in AREDS. We are going to look at some of the physiology behind these health problems, so that we can better understand how nutrition can play a role in their prevention. After we have an understanding of these health problems and the research done on them, part 2 will look at some of the individual nutrients, and their role in maintenance of good vision. Finally, part 3 will provide information on the best dietary sources and supplements to address the risk of AMD and cataracts.


AREDS is a study that was sponsored by the National Eye Institute. Research had previously linked eye health and nutrition, but they wanted to look more in depth at the potential connection. According to the research group, their purpose was to “learn more about the natural history and risk factors of age-related macular degeneration (AMD) and cataract” and to “evaluate the effect of high doses of antioxidants and zinc on the progression of AMD and cataract.” The study involved 3640 subjects, age 55-80. The subjects in the test group were administered daily amounts of 500 mg vitamin C, 400 IU vitamin E, 15 mg beta-carotene (25,000 IU vitamin A), and 80 mg zinc*. The results showed that supplementation slowed AMD by 25% and visual acuity loss by 19% in high risk individuals. These results have since been confirmed in several smaller studies.  In the years since the original AREDS study, new research has also shown beneficial results from lutein, zeaxanthin, docosahexaenoic acid (DHA), and eicosapentaenoic acid (EPA).


Another landmark study was the L.A.S.T. study (Lutein Antioxidant Supplement Study) published in the journal Optometry.  The results of this study showed that AMD symptoms may be reversed through purified lutein supplementation or a supplement mix of lutein and other antioxidants such as vitamin A, vitamin C, vitamin E, and beta carotene.  The dosage of lutein and zeaxanthin used in the study were 10 mg and 2 mg respectively.
The National Eye Institute is currently undergoing a second study (AREDS2) to evaluate the effect of these nutrients on AMD and vision loss in high risk individuals. The doses being used are as follows: 10 mg lutein, 2 mg zeaxanthin, 350 mg DHA, and 650 mg EPA. Additionally, the study will also test the effect two modifications to the original AREDS formulation. They are: no beta-carotene, and a reduced dosage of zinc (25 mg/day).
Cataracts


The lens is a clear part of the eye that focuses light onto the retina (the part that senses light). Because images must first pass through the lens to get to the retina, any distortion in the lens will lead to a fuzzy image. That is what a cataract does. It clouds the lens, resulting in a blurred image. Cataracts are typically a result of aging and the oxidation. They can occur in one or both eyes, and by age 80, more than half of all Americans have had cateracts. Cataract treatment involves a surgery where the cloudy, damaged lens is removed, and is replaced by an artificial one.

Age-Related Macular Degeneration (AMD)
AMD is a disease associated with aging that affects the macula, the most light-sensitive part of the retina. The disease gradually destroys sharp, central vision. There are two different types of AMD, dry and wet. Dry AMD is a result of the cells within the macula breaking down. It starts gradually with blurring in the center of your vision, as conditions worsen central vision is completely lost. Wet AMD is rarer, and is the result of abnormal blood vessels leaking blood and fluid underneath the macula. They lift up the macula from its normal position, leading to rapid damage. Because of the rapid damage, central vision loss occurs quickly and leads to very advanced AMD.
* Note: 2 mg copper was added to the AREDS formulation to prevent copper deficiency anemia, a condition associated with high levels of zinc intake.
American Optometric Association. www.aoa.org/nutrition.xml. 26 Oct 2011.