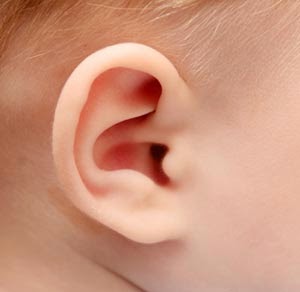 A new study has found that vitamin D supplementation may reduce the risk of recurrent ear infections in young children.

Next to the common cold, ear infections are the most commonly diagnosed childhood illness with nearly 75% of children affected by three years of age.  Current pediatric guidelines suggest that children under two years of age experiencing an acute ear infection should receive antibiotic therapy.

In a recent study published in the Pediatric Infectious Disease Journal, researchers conducted a randomized study of 116 children with an average age of 34 months that were experiencing recurrent acute otitis media (AOM), also known as a middle ear infection.  Recurrent disease was defined as three or more episodes in the six months prior to the study, or four or more episodes in the 12 months prior to the study. The majority of children had been breastfed for three months or more, and all had been vaccinated with the influenza vaccine, and most had received the other standard childhood vaccinations.

Children were randomized to receive a daily oral dose of 1,000 IU of vitamin D or placebo for four months, and episodes of acute otitis media were monitored for six months.

At six-month follow-up, serum vitamin D was significantly higher in those treated with supplements versus placebo. When compared to placebo, children who received the 1,000 IU of vitamin D had a significantly lower risk of experiencing one or more episodes of AOM, and the overall risk of uncomplicated AOM was significantly smaller in the Vitamin D group.

The results of this study suggest that vitamin D levels should be checked in children with recurrent AOM, and that those children with low serum vitamin D could benefit from supplemental vitamin D as an effective and additional treatment for their condition.