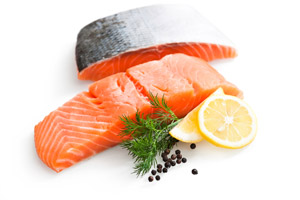 In a new study published in the British Medical Journal, researchers analyzed the association between intake of fish and omega-3 fatty acids and the risk of breast cancer. They also sought to determine whether there is a dose-response relationship between omega-3s and cancer risk.

In this meta-analysis, researchers included 21 different studies that evaluated fish intake and the incidence of breast cancer. The studies included a total of 883,585 women from the U.S., Europe and Asia. There were 20,905 women diagnosed with breast cancer over a follow-up period of up to 20 years.

The results of this study provide solid evidence that there is a protective effect of marine omega-3 fatty acids against breast cancer in women. The findings of this study have significant implications, since prevention of breast cancer continues to be an important public health issue.