Responsibility and Accountability
-       by Pete Zdanis 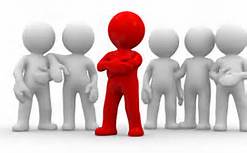 Whether you have just begun your network marketing business, or whether you've been with USANA for years, these two words, in my opinion, are critical to your short-term and long-term success.

These two words are RESPONSIBILITY and ACCOUNTABILITY.

Responsibility can be, and often is, shared. Many people are responsible to you in your USANA business - Your sponsor, the rest of your upline, the people in your organization as it begins to develop, and, of course, USANA, just to name a few.

Your sponsor was responsible for bringing you into the business, but it doesn't stop there. In fact, the dictionary definition of sponsor is "One who assumes responsibility for some other person or thing". Your sponsor is also responsible for helping to make sure you are properly trained, and that you receive all the necessary coaching, mentoring, and support as you begin your growing USANA business.

Every person in your organization is responsible for conducting themselves professionally in introducing the products and business to others.

USANA is responsible to all of us to provide quality products, effective business-building tools, and a robust marketing plan to help each of us reach whatever goals we desire.

Perhaps it would help to think of one of the quotes that former U.S. President Harry S. Truman was famous for, and that is, "The Buck Stops Here". That is probably the clearest and most well-known statements of accountability ever made, and it leaves no doubt in one's mind as to where the ultimate responsibility lies.

Which brings me to the main point of my comments, which is that, while many people are responsible for your individual success in your USANA business, only one person is accountable for your success, and that person is YOU!

That's right, the "Buck" stops with you.

Everyone of us deals with numerous obstacles in our business: skeptical prospects, competitive companies, non-committed people in our organizations, and simply just not having enough hours in the day to be able to do everything we want to.

Maybe you have a sponsor who doesn't return your phone calls. Maybe you live in a small town like Powell, Wyoming where there's hardly anyone to talk to about USANA. Maybe your family members think you're involved in some type of "pyramid scheme". Maybe you have friends who were in network marketing, but gave up and claim that network marketing doesn't work. Maybe you don't have that brand new personal computer that you know will do everything for you.

I could go on for a long time listing dozens of more obstacles, and, like many of you, I've heard of, or experienced, almost all of them at one time or another.

BUT, if you, even for a moment, blame even ONE of these, or other, obstacles for your lack of success, then you've given up your accountability. In fact, were Harry S. Truman here today, he'd say that you're "passing the buck".

If you have one or more people in your USANA organization, then you've probably received a phone call that went something like this:

"Hi, Lou. How have you been? Did you receive all the e-mail and voice mail messages I left for you over the past four months?"

"Yeah, Pete, I did. Listen, I'm sorry that I haven't gotten back to you sooner, but, you know, it looked like the Eagles were going to go all the way, then there was the Super Bowl, then St. Joe's, Temple and Drexel all got hot in basketball, and now the Flyers are making a run at the Stanley Cup. Ya know, it's been one thing after another. In fact, if it weren't for the Sixers doing so badly this year, I wouldn't have found the time to organize my shot glass collection!"

"Well, Pete, I've been in USANA for about six months now, and the two people I sponsored still haven't purchased any product, and all those people you placed in my organization are all in one leg which is maxed out. I found out the other day that all my volume has been flushed because I forgot to place an order a few months ago. Plus, I'm not making any money, and I still don't understand the compensation plan. What are you going to do about it?"

It may sound far-fetched, but conversations similar to this one happen all the time. Lou has given up his accountability, and is attempting to put it right in my lap.

As we discussed earlier, no one can share, let alone assume, Lou's accountability.

Let me suggest, however, that it is your responsibility the help the "Lou's" in your organization to focus on their business. And the best way to do that is not to TELL Lou what you are going to do for him, but, rather, ASK him a few questions. Here are some examples of a few that you should consider:

o          How many prospecting contacts did you make last week and last month?

o          How many business presentations did you make last week and last month?

o          What has been your most successful sponsoring method so far?

o          What obstacles do you feel have held you back from reaching your goals?

There are certainly other appropriate questions which can be just as effective, but the objective is to make Lou THINK about his business, and deal with some questions which he may well not like to answer. But, if he is truly honest in his answers, he will soon realize that the accountability for his USANA success, or the lack thereof, lies with him, and he can't pass it off on you or anyone else.

Let me close with a few more examples:

o          Identifying and contacting your own prospects is being accountable

o          Coaching and listening to your team members is being responsible

o          Establishing your own business goals, committing them to writing, and working toward them daily is being accountable

o          Signing yourself up for Autoship is being accountable

o          Using the USANA online tools and learning how to use them to communicate, coach and learn is being accountable.

I hope I've given you some food for thought on how you can grow your USANA business through being accountable to yourself, responsible to your organization, and helping others become accountable for their own success.

Maybe Harry S. Truman became accountable by stopping the "Buck", but, when you're accountable for your USANA business, the bucks don't stop - they grow for you and everyone on your team.

This article may only be copied, shared, distributed or otherwise reproduced in its entirety, including this disclaimer and copyright authorization.